Just the other day, I received an email from an industry colleague with the title of “Chief Market Intelligence Officer”.  First, I told him I loved his title and then asked if he worked for the CIA or the Russians.  It provoked some thought.

At Golf Property Analysts, (objective) market intelligence is exactly what we are providing our clients.  Our database has records on surveys of over 18,000 golf courses and sales of over 6,000 golf properties.  Of course, with only 15,000+/- golf facilities in the United States those numbers include surveys of the same club on multiple dates, information on sales of golf properties that may have sold more than once over the years and of course, some (hopefully not too much) duplication.  In any event, we have amassed a substantial amount of information, and thus intelligence on golf courses and country clubs around the United States.

Combined with the in-depth information gathered from having done more than 3,000 golf property appraisal, consulting and brokerage assignments over our nearly 40 years in business, I hope we’ve retained some of that intelligence.  What does that do for our clients?

Sometimes private clubs, exhibit an “island mentality”, meaning that often club leaders (who have an emotional attachment to the club) and membership fail to evaluate their surroundings (competition), learn from their mistakes and simply implement their wishes and desires without any objective analysis.  Today, in an ever more competitive membership environment there are fewer and fewer clubs able to succeed staying “inside the box” and being able to respond to objective and accurate data from peer clubs is critical.  Accordingly, clubs can make informed and more intelligent decisions void of the emotions often a part of club decision-making by consulting with outside professionals who bring objectivity to the process. 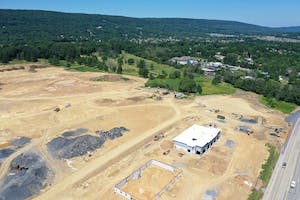 Market Intelligence, provided in an objective, unbiased manner with no predetermined conclusions can be the difference between success and failure.  Understanding that just because a few board members seek a certain pet project, doesn’t mean that the larger membership wants it or that it will enhance the club’s economics or future membership development.  Understanding a club’s culture, its competition and its market position is vital to sound decision-making.  There are times when a club should spend/invest more and times when they shouldn’t.  Knowing which demands real market intelligence and objective analysis of same.

I’m often asked how we’re able to compile often sensitive data on so many clubs.  While I’m not going to share our “state secrets” I will say that there are often considerable differences in the quantity and quality of research and data that go into the analyses that a few premiere professional firms develop and that of the rest, who often limit their data to whatever can be found online in a few “clicks”.  The time and effort that goes into getting the really meaningful data necessary to answer the most relevant questions is significant and much more than a few clicks on the internet.

Imagine that your club is struggling and the surrounding clubs are all performing better.

The board gets together and decides to reduce dues and eliminate entrance fees for membership.  Nobody joins and because the golf course conditions decline and food and beverage service hours are reduced, members start leaving.  All the competing clubs have golf practice facilities.  Yours doesn’t.  That’s the major difference between your club and the competing clubs – which are performing better.  Some on the board recognize the need for a practice facility (some don’t), except membership has declined and financing any project is difficult, at best.  The golf course maintenance budget is reduced and playing conditions decline.  The board determines that when membership recovers to a specified level, they’ll reconsider development of a practice facility.

The scenario above actually happened, the club failed, was sold to a developer and closed 5 years later.  Examine the adjacent photo above to see what a club can become when leadership fails to evaluate the market, make sound (but often difficult) decisions and move forward.  It’s not pretty.

We’re involved in another case where ownership partners are litigating a dispute that includes a disagreement about the size and scope of the clubhouse which is under construction.  Part of our assignment included visiting competing clubs to observe and analyze their clubhouses to learn about what was expected and available in the market for prospective members to choose from.

The point here is that the above club that closed employed a strategy of simply trying to be cheaper while ignoring the value proposition that attracted members in the first place.  Not every club can or should invest large sums in improvements.  However, some should and all clubs need to offer value for the recreational dollar.  No longer do members join clubs for prestige or status.  They join for recreational opportunities.  Even the best clubs need to understand markets and market positioning because every membership has a tipping point and even the “top” clubs have limits.  I know of one very upscale club considering a multi-faceted improvement project just 5 years after a large scale renovation.  The membership is grumbling about it and time will tell where it goes.

Objectivity is critical in analyzing and developing long term plans for clubs.  Club leadership needs to recognize that the stakes are high and consultants need to be able to sometimes tell clubs a story they may not want to hear.